Mike earned his bachelor’s degree in Computer Science from North Central College in Naperville, Illinois. After a brief two week stint programming CGI applications in C++ for a company in Chicago, Mike started in 2003 as a full time developer with Cramer Development. Since 2009, he’s trying to give up writing code in order to the take on managing some of our larger projects.

Mike loves anything having to do with the outdoors, but during the summer focuses his attention mostly on the Chicago Cubs, losing church league softball games, fly-fishing, backpacking and grilling large quantities of meat. During the winter, he and his wife love to watch BBC movies and cross country ski when they area lucky enough to have snow. Mike, his wife, daughter and son currently live in the sub-tropical lowlands of West Lafayette, Indiana. 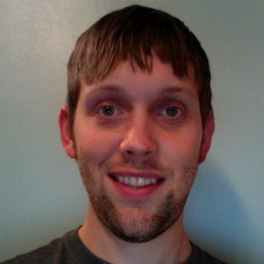